The most prolific advertising company jars in the past few years have been Coca-Cola jars. There have been literally dozens made depicting a variety of images like polar bears, coke cans, trucks, and racing cars.
Most of the jars are relatively inexpensive, but there are a few jewels in the group. The Emmett Kelly jar made by Stanton Arts is the most valuable of the Coca-Cola jars, followed by the two McCoy made jars, a jug, and a large Coca-Cola can.
02 of 18 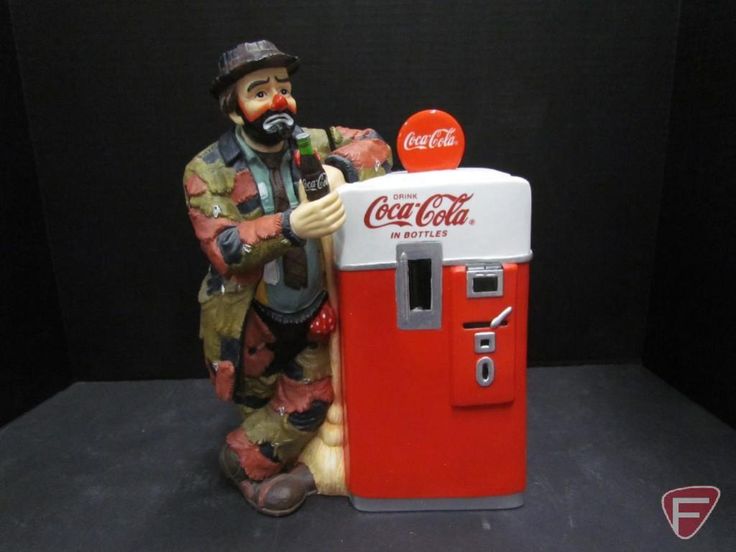 One of the more valuable of the Coca-Cola collection of jars, this limited edition jar (there are 5000) has a very unusual flat, bisque finish. Another plus is the cross-collectible appeal. The jar was part of the Century Collection 1898-1998.
Produced by Stanton Arts, the issue price is $75 and the estimated current value is $250 to $300.
03 of 18

Say what you want about Walmart, if you’re a cookie jar collector, Christmas usually means lots of stuff showing up at the stores. And the prices are usually pretty cheap. Sometimes the jars also look pretty cheap, but occasionally there will be some nice pieces.
This coke can jar was one of the nice ones. Well-made, but still pretty cheap! Produced by Gibson, this jar stands at 11″ tall. It was issued in Fall 2002 at a price of $15.
06 of 18 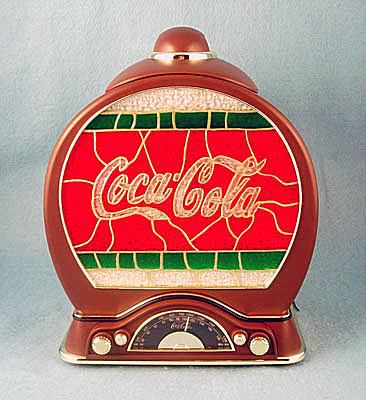 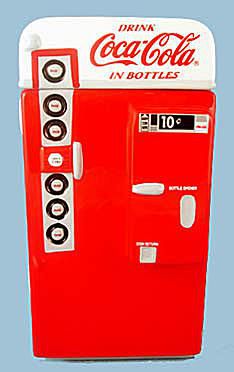 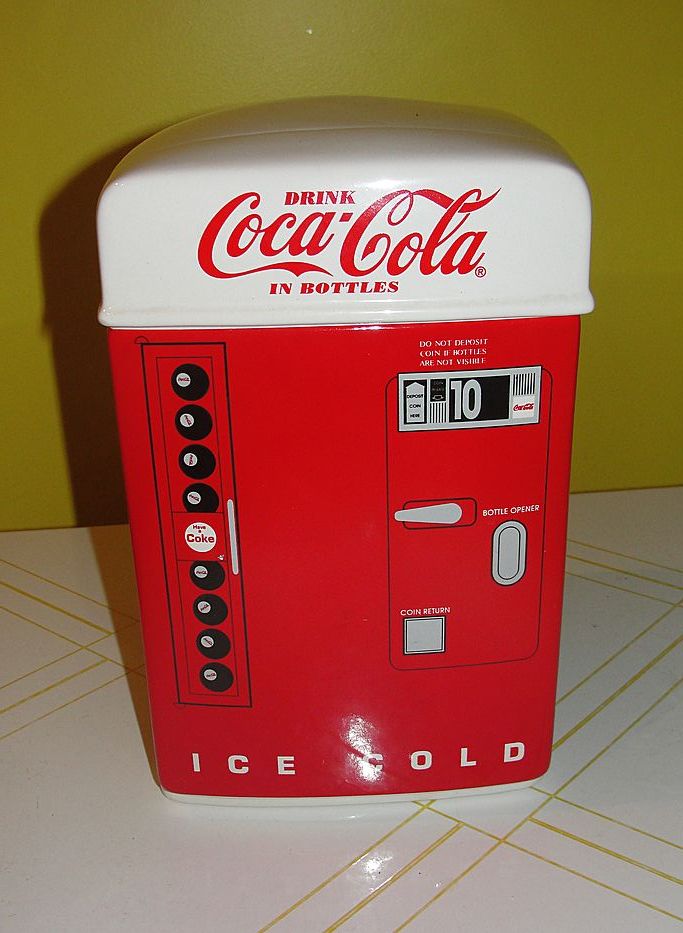 This is another case of two very similar jars produced by two different companies. Unlike the above jar, this vending machine cookie jar is produced by Enesco, but also made in China. It is 11.25″ tall and was issued in 1995.
10 of 18 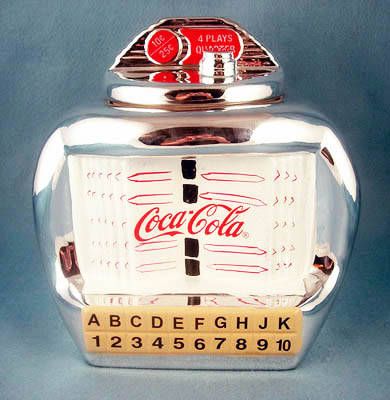 Though the idea of making a jukebox cookie jar is a novel idea, it is not a well-done jar. The quality is reflected by the low issue price of approximately $15.
11 of 18 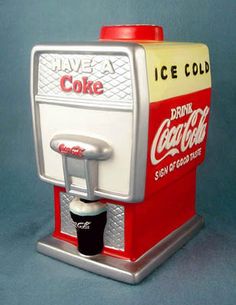 Distributed by Houston Harvest, this cookie jar sporting a retro looking fountain was issued in 2002. It is 9.5″ tall for size.
12 of 18 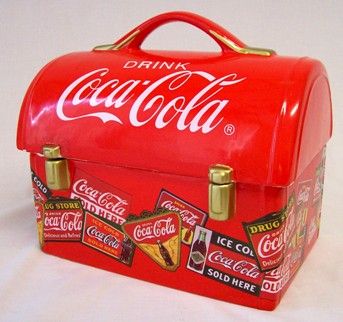 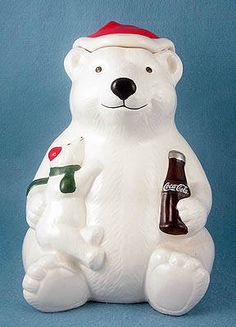 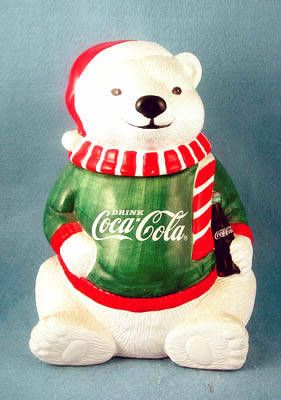 The weather must be chilly for a polar bear to be sporting a sweater and scarf! Made by Cavanaugh and made in the Philipines, this jar was issued in 1995. This limited edition jar is 9 7/8″ tall.
15 of 18 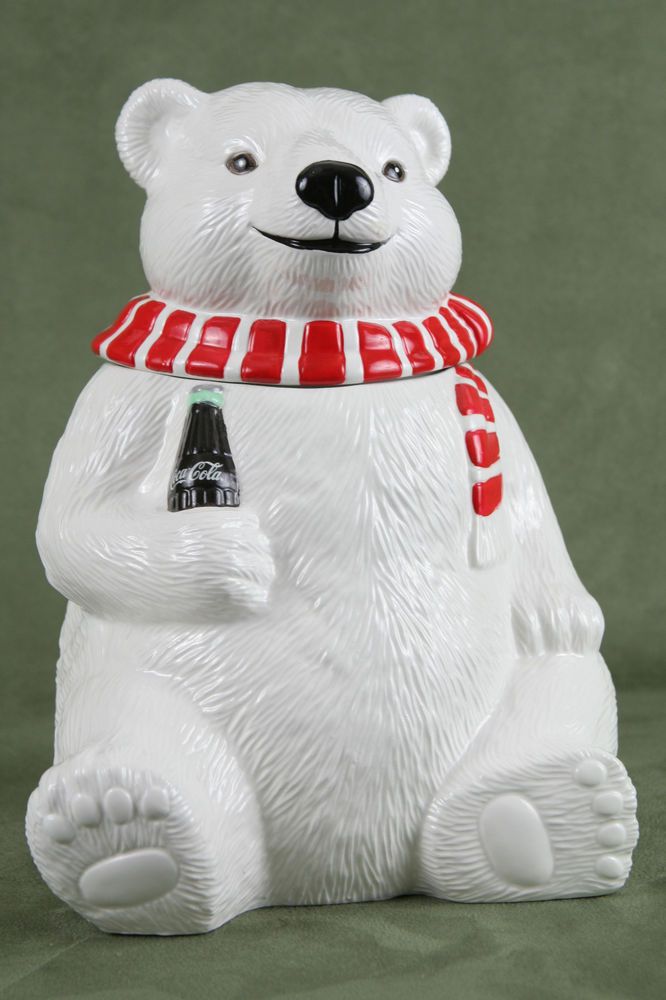 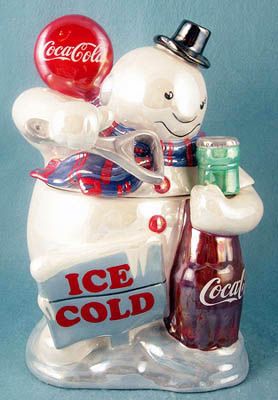 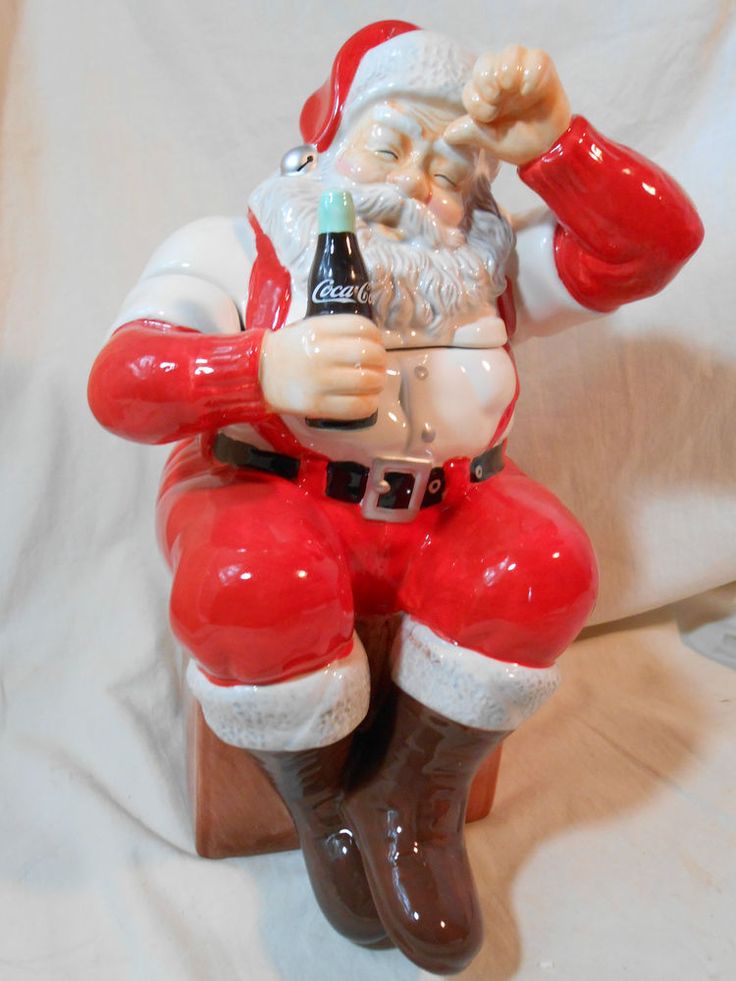 There are most likely two versions of this jar, made by different companies and different in size. This one is made in China and is Earthenware Brand. It is 13″ tall and was issued in 2002 at a price of around $20.
18 of 18